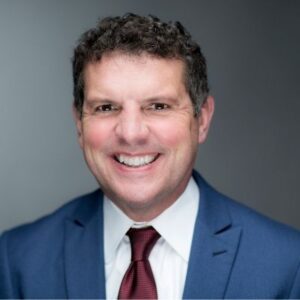 The 1,200 seat event sold out of general admission tickets last month, but people interested in attending may join the waitlist and they will be contacted if more tickets become available.

The Mira Awards celebrate the best of tech in Indiana each year, including recognizing people, products and companies for their outstanding achievements. The Trailblazer Award specifically recognizes visionaries whose contributions have had lasting and significant impact on the state and its technology ecosystem. Trailblazers are among the tech community’s most inspiring and influential players. They are innovative risk-takers whose achievements and bold leadership are catalysts for growth and success.

Oesterle, who is best known for co-founding Angie’s List, which preceded Internet-based crowd-sourcing by a decade, is also a pioneer in the effort to attract and retain the best talent in Indiana. He co-founded the Governor Bob Orr Indiana Entrepreneurial Fellowship in 2002 in an effort to reverse what was then popularly referred to as “Brain Drain,” and more recently co-founded TMap in 2017, which morphed into MakeMyMove in 2021, to address unique opportunities in workforce development.

He is also an outspoken champion for human rights and equity. In 2015, despite political and business backlash, he led what became a national charge to change state legislation that he considered discriminatory toward the LGBTQ community. He has invested millions of dollars to revitalize neglected areas of Indianapolis, including the former Angie’s List campus, which is now known as Elevator Hill, the 38th Street Corridor in Midtown and other historic buildings in Indianapolis.

“Bill’s career has had many chapters, but a common thread has been a vision and conviction for improving Indiana and creating opportunities for Hoosiers,” said Mike Langellier, TechPoint president and CEO. “He saw a big opportunity for Angie’s List and grew a market leading company here. He saw the need for transformational state political leadership and championed Mitch Daniels’ election. He saw the need and opportunity to attract and retain talent and instigated the Orr Fellowship and TMap. He saw the intent and impact of the Religious Freedom Restoration Act (RFRA) and pushed back. He’s a visionary, and he took risks—both professional and personal—that benefited our community and inspired others, including me.”

“Bill Oesterle has been one of the most important and impactful Indiana business leaders in the modern era, but he’s so much more than that.  He has been one of our state’s most constructive and influential citizens,” Daniels said. “He once worked for me, but for many years, I have felt like I’ve worked for him; his ideas and insights have shaped my own, and I owe him a bigger debt than I can ever repay.”

Oesterle tackled important issues and counts many influential leaders as friends and peers. But he had a bit of a “Pied-Piper” charm and silliness that endeared him to people at all levels. He dressed up in a checkered jumpsuit and feathered hat for annual Indy 500-inspired  “Derby Day” at Angie’s List; gave employees a half-day off the first 70-degree day of the year; and insisted that employees play as hard as they worked.

“Working with Bill is fun but challenging. He makes everyone around him better. He forces you out of your comfort zone and helps you to do things you didn’t know you could do,” said Mike Rutz, who met Oesterle as a fundraiser for the Daniels campaign, led the Angie’ s List sales team and co-founded TMap and MakeMyMove with Oesterle. “And then you race homemade derby cars down a hill into a pile of hay bales.”

John Chuang, Oesterle’s Harvard graduate school classmate, friend, and an investor in Angie’s List, MakeMyMove and Oesterle’s property development ventures, recalls a meeting with an equity firm that was willing to invest significant dollars in the young company but wanted Oesterle to relocate to the Coasts. The investors said point blank that they didn’t think there was enough talent in Indiana to enable the company to succeed. Oesterle refused, found other investors and never stopped telling the story of how he proved them wrong.

“Bill knew very well that we could build and rapidly grow a strong tech company right here in Indiana, even though that was not a widely held belief 20-25 years ago,” said Chuang, co-founder, chairman and CEO of Boston-based Aquent. “He has this incredible faith in people and likes to bet on them accomplishing something great together, even if the odds aren’t in their favor or the so-called experts say it’s impossible.”

A Lafayette, Ind., native, Oesterle began his professional career in 1987 as administrative assistant to Governor Robert Orr of Indiana with responsibility for international trade and relations. In 1988, he was appointed director of corporate Affairs for the Hudson Institute, a public policy research institute located in Indianapolis, Ind. He was a partner with CID Equity Partners, a Midwest-based venture capital firm from 1994 to 1998.

He earned a master’s degree in business administration from Harvard Business School in 1992, where he was awarded a Horace W. Goldsmith Fellowship. Prior to graduate school, he attended Purdue University earning an honors degree in economics.

Oesterle serves on boards of directors at The National Bank of Indianapolis, Indianapolis Motor Speedway Museum, LawnGuru and Masonite Corporation. He shares six children and three grandchildren with his wife Kristi.

Visit https://miraawards.com for more information about the 23rd annual TechPoint Mira Awards, including this year’s class of nominees.