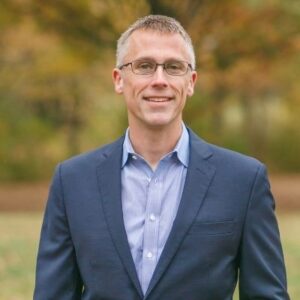 September 23, 2021, Indianapolis, IN – Governor Eric Holcomb has appointed Mitch Frazier as chair of the Indiana State Fair Commission. He succeeds Brad Chambers who served as the Commission’s chair until recently taking on the role of Secretary of Commerce for the state of Indiana and CEO of the Indiana Economic Development Corporation (IEDC).

Mitch Frazier serves as President and Chief Executive Officer of AgriNovus Indiana, an initiative focused on growing Indiana’s agbioscience economy. Prior to AgriNovus, Mitch served as Chief Executive Officer of regional John Deere retailer Reynolds Farm Equipment where he led the 250-person organization to be named among the top-performing John Deere dealers in North America.