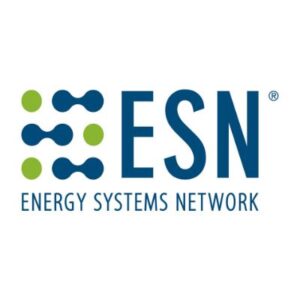 ESN was formed by CICP in 2009. In 2010, ESN created the BIC as a collaborative commercialization project seeking to advance Indiana’s ability to develop, test, manufacture, and commercialize battery and related energy systems technologies. The BIC was launched as a separate entity in 2012 but has continued to work closely with the organization. While headquartered in Indiana, ESN and the BIC have succeeded in developing industry-led initiatives that are accelerating technology development and commercialization through a broad global network of corporate partners.

“ESN has certainly had an impressive track record in their ability to bring interesting and meaningful projects to Indiana. However, they have always had stakeholders from outside the state and outside of the U.S. who seek for them to do more,” said David L. Johnson, president and CEO of CICP. “Joining together with the BIC will enable them to further engage with companies, universities and governments from around the world.”

“CICP was the perfect proving ground for ESN’s efforts and our mission to leverage our network of global thought leaders to develop integrated energy solutions by reducing costs, emissions and waste, influence policy and advance technological innovations,” said Mitchell. “However, as the organization looks to the future and fields opportunities that are arising from beyond Indiana’s borders, the partnership with the BIC makes strategic sense and will strengthen both of our organizations.”

ESN has collaborated with a range of academic, industry and government partners to deliver sustainable energy and mobility systems, including electric car sharing, renewable energy with storage, and an autonomous vehicle competition.

The Central Indiana Corporate Partnership (CICP) was formed in 1999 to bring together the chief executives of the region’s prominent corporations, foundations and universities in a strategic and collaborative effort dedicated to Indiana’s continued prosperity and growth. To advance this mission, CICP sponsors five key talent and industry sector initiatives, AgriNovus Indiana, Ascend Indiana, BioCrossroads, Conexus Indiana and TechPoint, each of which addresses challenges and opportunities unique to its respective area: agbiosciences, talent and workforce development, life sciences, advanced manufacturing and logistics and technology. To learn more about CICP, visit www.cicpindiana.com.