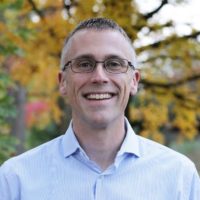 INDIANAPOLIS (April 29, 2020) — AgriNovus Indiana has announced that, after a national search, Mitch Frazier, CEO of regional John Deere retailer Reynolds Farm Equipment, has been named its new president and CEO. Frazier will begin his new role on June 29 for the agbiosciences initiative of the Central Indiana Corporate Partnership (CICP).

Prior to Reynolds, he served as vice president of Marketing at TinderBox and as vice president of Marketing and Investor Relations Officer at ExactTarget. He led media relations for Governor Mitch Daniels’ team at the Indiana Economic Development Corporation and served as a civilian public affairs officer with the U.S. Army Corps of Engineers. He also served on active duty in the U.S. Army.

Frazier succeeds Beth Bechdol, who was appointed in December 2019 as deputy director general of the Food and Agriculture Organization (FAO) for the United Nations in Rome, Italy. Aaron Schacht, executive vice president of Innovation, Regulatory & Business Development at Elanco, who served as interim president and CEO during the search, will continue to serve as chair of the AgriNovus Board of Directors.

“Mitch brings to AgriNovus Indiana vision, enthusiasm and expertise to build upon the team’s success to date and will help amplify the organization’s mission of growing the agbiosciences sector and its impact in Indiana and beyond,” said Schacht. “The Board of Directors is thrilled to welcome Mitch and is committed to helping him and the team make Indiana the home to unparalleled agbiosciences innovation and talent.”

“Mitch’s experience in both agricultural and technology organizations is a perfect combination for this role,” said David Johnson, president and CEO of CICP. “His collaborative nature and passion for the industry will enable him to cultivate new alliances, connect with people and modernize the perception of the agbiosciences.”

“Indiana is an epicenter for innovation in agriculture and technology,” said Frazier. “The board of directors and team at AgriNovus represent the best of Indiana, and I am confident that together we will build upon the organization’s success and advance this critical sector of our economy.”

Frazier holds a Bachelor of Science in Marketing and a Master of Business Administration from Upper Iowa University. He is also active in his community, where he serves on the Central Indiana Regional Development Authority, the City of Westfield Redevelopment Authority, and on the Westfield Washington Schools Superintendent’s Council. He is also a graduate of the Stanley K. Lacy Leadership Series.

AgriNovus Indiana is the state’s initiative focused on advancing the agbiosciences sector as a nationally recognized leader through education, research and talent development; strategic collaborations among corporations, industry associations, government and universities; the creation and support of new companies; and branding and targeted promotions to elevate the sector. AgriNovus Indiana is part of the Central Indiana Corporate Partnership (CICP), an effort dedicated to the region’s continued prosperity and growth. To learn more about AgriNovus Indiana, visit www.agrinovusindiana.com.