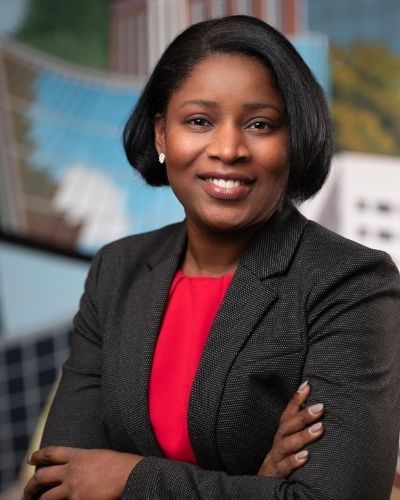 Latoya Alexander Botteron serves as president and CFO for the Central Indiana Corporate Partnership (CICP). Botteron joined CICP in 2010 as controller and was promoted to CFO in 2013. Botteron’s role was expanded to include COO responsibilities in 2019. She was promoted to president in 2022.

Prior to joining CICP, Botteron served as audit associate for Katz, Sapper & Miller in Indianapolis and served on the audit team for UHY Advisors in Albany, New York.

She is a Certified Public Accountant (Inactive) and holds a bachelor’s degree in accounting and business from State University of New York College at Plattsburgh. She is currently pursuing a master’s in jurisprudence from the IU McKinney School of Law.

In 2018, she was named by the Indianapolis Business Journal (IBJ) as one of its CFO of the Year honorees.