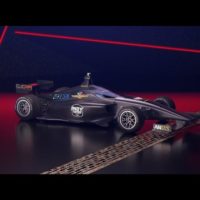 INDIANAPOLIS, IN (May 6, 2020) — Energy Systems Network (ESN) and the Indianapolis Motor Speedway (IMS), primary organizers of the Indy Autonomous Challenge (IAC),  today announced that 37 universities that excel in AI software and autonomous vehicle engineering have formed 31 teams to officially enter this first-of-its-kind challenge.

The IAC is a $1.5 million prize competition among universities to program autonomous-modified Dallara IL-15 racecars. The teams will compete in the world’s first head-to-head race at speeds of up to 200 mph around the famed Indianapolis Motor Speedway on October 23, 2021.

“This is an extraordinary challenge, calling on the best and brightest of our university students and faculty worldwide to engineer software that will have a significant impact on the future of all classes of transportation,” said Paul Mitchell, president and CEO, ESN. “The diversity of the teams, representing 10 countries on four continents, shows the brilliance and ambition of our young people around the world. We are thankful to our collaborators and sponsors, IMS, Dallara, Ansys, Aptiv, and Clemson University’s International Center for Automotive Research (CU-ICAR), which have joined forces to power the competition.”

The primary goal of the Challenge is to advance technology that can speed the commercialization of fully autonomous vehicles and deployments of advanced driver-assistance systems (ADAS). These enhancements will lead to increased safety and performance in all modes of racing and commercial transportation. In addition, the competition is a platform for students to excel in Science, Technology, Engineering, Art and Math (STEAM).

“Testing technology for next generation vehicles is in our DNA, so the Indy Autonomous Challenge showcases our continued presence as a catalyst and proving ground for motorsport and transportation innovation,” said IMS President J. Douglas Boles. “We are proud to provide the racing world’s biggest stage for the first head-to-head autonomous race in history, where these university teams will push the limits of performance and safety on the famed IMS oval—leading to safer and better cars on the highway.”

The Indy Autonomous Challenge builds upon the successful impact of the 2005 DARPA Grand Challenge, which led to expanded R&D in the field of autonomous vehicles. Sebastian Thrun, who led the winning team for the 2005 Challenge, is serving as a key advisor for the IAC.

Hackathons and Simulations by Ansys

Key to the success of preparing the university competitors for the October 2021 IAC race will be a series of hackathons and workshops organized by ESN, its sponsors and collaborators. The first hackathon will be supported by Ansys, IAC’s exclusive Simulation Sponsor and global leader in engineering simulation software. Ansys is providing all registered teams with its industry-leading VRXPERIENCE Driving Simulator, powered by SCANeR™ and SCADE software development suites, to allow the teams to virtually test and program their autonomous vehicle technology in a closed-loop environment. Ansys will award $150,000 in prizes to the top finishers of the IAC simulated race, scheduled for early 2021. Additional hackathons are planned throughout 2020.

As part of the challenge, IAC teams engage with Clemson University’s International Center for Automotive Research (CU-ICAR) through its Deep Orange program, where Clemson graduate automotive engineering students are collaborating with ESN and Dallara to engineer an autonomous-capable version of Dallara’s IL-15 Indy Lights chassis that can accommodate the IAC competitors’ driverless algorithms. Teams are directly involved through semi-monthly virtual design reviews (VDRs) and other feedback channels throughout the competition.

Universities registered to compete in the IAC

More information on the teams can be found at: www.IndyAutonomousChallenge.com/teams

ESN is one of the primary organizers of the Indy Autonomous Challenge. ESN was founded in 2009, as part of the Central Indiana Corporate Partnership (CICP) to accelerate the pace of energy and transportation technology development and commercialization. ESN works with companies throughout the world to advance new technologies and solutions through industry research, pilot projects, collaborative convening and the development and deployment of innovation models. ESN has played a leading role in launching the first and largest all-electric car sharing system in the U.S., the largest electric bus fleet, and the first Mobility-as-a-Service (MaaS) public fleet contract.

About the Indianapolis Motor Speedway (IMS)

The Indianapolis Motor Speedway, the world’s largest spectator sporting facility, has been the worldwide leader in motorsports entertainment since opening in 1909. IMS hosts the Indianapolis 500 presented by Gainbridge, the world’s largest single-day annual sporting event, which features the stars of the NTT IndyCar Series. Additional major races at the famed venue also include INDYCAR’s GMR Grand Prix on the IMS road course and one of NASCAR’s crown jewels, the Big Machine Vodka 400 at the Brickyard.

Join us on social media: