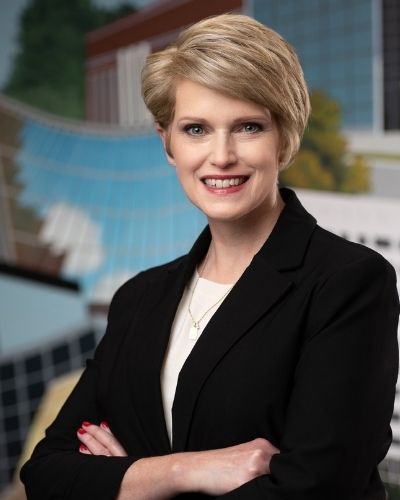 Raquel Bahamonde serves in a consulting role as director of communications for the Central Indiana Corporate Partnership (CICP) where she leads their membership and internal/external communications and supports the organization’s initiatives. Bahamonde currently serves as owner and president of Bahamonde Communications LLC, a strategic communications firm.

She has served as executive producer and director of e-content for Inside INdiana Business, media relations director for a Carmel, Ind. public relations and advertising agency and as Noon News and entertainment producer for WISH-TV (CBS, Indianapolis). Bahamonde has also held television reporting and producing jobs in Illinois and Michigan.

She has been honored with two Emmy awards and eleven nominations in her career and most recently received the Pinnacle Award, the highest honor for communications from the PRSA Hoosier Chapter, for her work on the Indy Autonomous Challenge.

She earned a B.A. in Radio-TV, with a minor in Art, from Southern Illinois University – Carbondale.